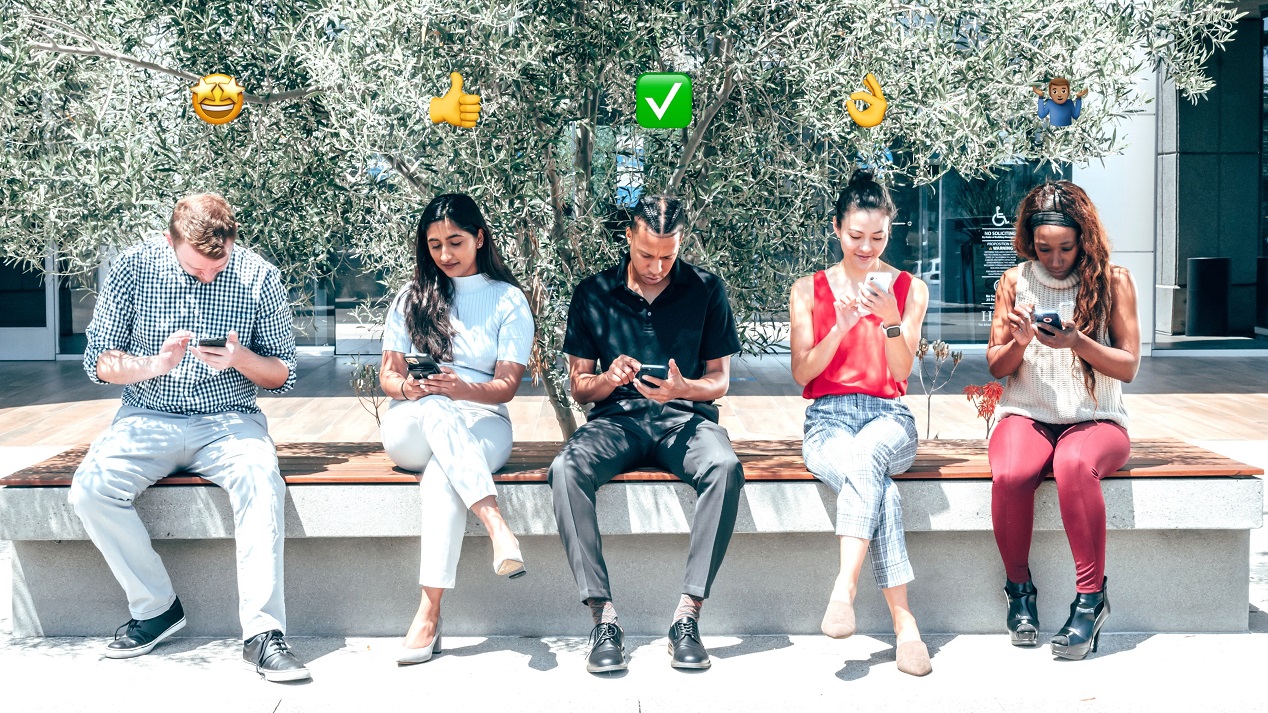 HNS Emoji TLDs herald the dawn of a younger and expressive internet.

Published by agaamin on December 8, 2021

90% believe the modern-day hieroglyphs make it easier for them to express themselves.

67% said they think people who use emojis are friendlier, funnier and cooler than those who don’t.

76% of those surveyed said emojis are an important communication tool for creating unity, respect and understanding.

88% said they feel more empathetic toward people who use emojis.

To say that emojis play a huge role in our day-to-day interaction would be an understatement. What makes it really huge is the fact that now with $HNS Handshake these emojis can now become TLDs and domain names,thus part of the naming system of the internet.

Humans started out by using pictures to communicate, from cave paintings to hieroglyphics and finally the traditional but sophisticated Chinese script. However, a pictographic way of expression can be difficult to teach a large population. Especially if speed in learning is off essence. So, we invented a simpler form of drawing, which have fixed rules and repetitive structures. We called this form of drawing “writing”. This ensured that it could be taught easily and information could be quickly replicated. The advent of digitization however has ensured that repeated replication of pictures are not going to be problem. Enter the modern-day hieroglyphics, emoticons. The study above clearly showcases the importance the younger generation places on the same.

An internet that use emojis in its naming system is also a much more inclusive internet. It bridges language gaps. A smile looks like a smile everywhere. It also bridges the educational gap. A shoe looks like a shoe to everyone. This is huge in parts of Asia, Africa, Middle East and South America where significant social inequalities exist. So apart from the biggest benefit of using Emojis, which is the fact that its cooler than the south pole, Emojis as part of the naming system will help us store more information in the smart domain names and make it much more beneficial to everyone.

$HNS Handshake as a technology creates an opportunity for us to create an internet eco-system that uses emojis to communicate. This would change many things that we fundamentally take for granted. A picture can speak a thousand words. And tools used to work with “writing” may not work for Emojis.

Lets look at Search, Currently domain names do not really communicate much about the content of the site. But in the future an eco-system of emojis may reshape how search on the internet works. Instead of looking for keywords in the content it may suffice to simply look at the TLD. For example a look up of the emoji 👞 may bring up all sites related to shoes. And a search of 👩👞 would bring up results for all about Ladies Shoes and Ladies footwear fashion and related topics.

Imagine smart names which have emojis in them. Imagine an email id that looks like this 😊@🙃 and a social media handle that looks like that 😘❤️. And to top it off each of these emojis would also be expensive NFTs.

The recent weeks have seen massive amounts of emojis being auctioned on the Handshake blockchain. One of the things that caught my attention was the fact that country flags were being clubbed with professions. I found this approach absolutely ingenious. One of the core specialties and USPs of Handshake is the ability to create customized and localized services online. For instance, the TLD .🎵 can stand for music. However, this .🇺🇸🎵 stands for American music,.🇬🇧🎵 UK music, .🎧🎵 EDM etc. To my mind each of these double emojis can give the single emoji a run for its money. A generation that puts atleast three emojis every time they laugh out loud wont mind an extra emoji if it helps them express better and in a more relatable way.

The auctions that have been going on the last month and probably will continue for next couple of months till all country flag & professional services are taken and may become the defining TLDs of web 3.0 rather than the single but generic emojis and alphabets. For example an Apple seller may prefer the TLD .apple instead of .a. Now something like that would completely shake up the market. So IMHO the there is a lot HNS TLDs still left to bid for !

Will it go that way only time can tell, But I have a strong hunch this emoji game is far from over.

You can learn more about Handshake @